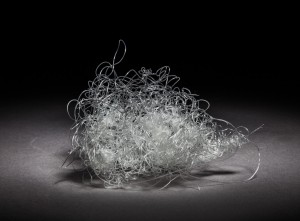 We call it spider diarrhea – when the 3D printer fails and makes a mess of extruded filament that looks like a rat’s nest of plastic. It happens to the best of us, but with knowledge and experience it can be a less frequent event.  There are SO many ways for a 3D print to fail I couldn’t list them and I doubt I’ve seen them all. For the past few years the media has been hyping 3D printing and the 3D printing industry has encouraged the idea that the technology will revolutionize everything and everyone should have a 3D printer in their home.  I have been printing with the Makerbot Replicator 2 for almost 3 years now and have developed a healthy skepticism towards all that hoo-ha.

Nowadays I have enough failures under my belt to be able to avoid most problems, but still have occasional problems, both from my errors and from equipment limitations or malfunctions.  I also learned a lot from the Makerbot Google Group.  It is an amazing bunch of geeks who are very generous with their knowledge.  It is an example of the value of open source engineering which the early Makerbots were products of.  The 5th Gen Makerbots went closed source and the quality has suffered terribly.  The original user group has been shut down by MBI (Makerbot Industries) since 2014.  Now there is a new and un-official Google group “Makerbot Users“.  The challenge with all user groups is determining who is a real expert and who just likes to post.  Only through lurking on the forum will that become clear.  Sometimes user groups have a terrible S/N ratio – signal to noise with garbage postings, but I’ve had good luck with these groups.  I will confess I don’t spend a lot of time there anymore.  I have learned most of what I need to know and can work pretty successfully without needing help. But if I do need help I go to the user group and also I phone Makerbot tech support 347-334-6800.

I do think that one day 3D printing will be ready for mass consumption. I am not clear on what most people would use it for. I haven’t found too many practical uses for it in my everyday life.  I made a cat food lid, fixed a few things, printed a bunch of stuff downloaded off the internet.  Perhaps someday appliance manufacturers will provide 3D model files for knobs and small parts.  Designing your own 3D models is still very challenging – even harder than printing. But for now, 3D printing is not ready for prime time and is still a solution looking for a problem.