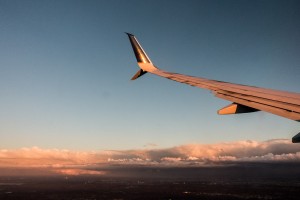 It all makes sense seen from above.

I recently flew from Denver to Newark in seat 34A in a Boeing 737, and that being a window seat behind the wing I was busy with my camera. I love looking down at the earth and imagining geologic time and how earth’s features were created.  Equally fascinating are man’s alterations to the landscape and the patterns we make.

This is nothing new in the world of photography. The first was Nadar who photographed from a balloon using wet-plate materials in the 19th century. I also love William Garnett.  Yann Arthus Bertrand has produced a lot of amazing work and many books. One of my favorite aerial photographers was Bradford Washburn who was a mountaineer, explorer, pilot and photographer at the same time. This guaranteed him a great seat.  He also got to choose where to go and what to photograph. There is an amazing story about how his plane got stuck on the glacier  on 17,147 ft. Mt. Lucania in the Yukon and he climbed over the top of the mountain – over the summit – to safety! Perhaps the most intrepid aerial photographer is George Steinmetz who travels to some of the remotest places in the world and some less remote and flies an ultralight aircraft to take his superb photographs.

On my recent January flight much of the plains had a layer of snow which combined with the low angle of the winter sun provided some great sights. Just some fun stuff captured with my always handy Sony RX100 MK3. 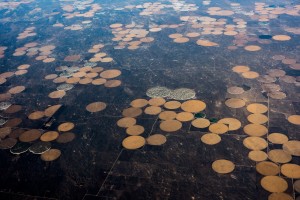 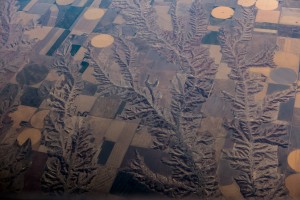 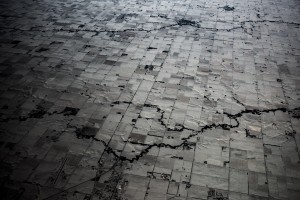 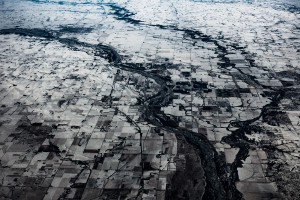 If you like clouds check out this video I made using stills shot from an airplane a few years back.

Heaven from Bill Westheimer on Vimeo.