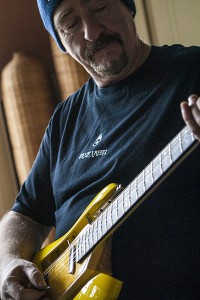 I suppose I could thank Dave Mason. Yes, THAT Dave Mason, the guitarist, member of that great band Traffic, a rock n roll legend. Back in 2003 I took some photographs of him (it’s a long story and I’ll get to it later) and I couldn’t find them. I knew I had taken the photographs, I even knew when, but I couldn’t find the files. People who know me know how I’m pretty damned organized. Some might call it obsessive, maybe even OCD how I file everything away. Since I keep everything I have to be organized, otherwise it just turns into my own personal episode of Hoarders.  So when I couldn’t find the files it drove me nuts.  I knew it was digital files so I checked my image database, now kept in the DAM (Digital Asset Management) program Daminion. No sign of the files anywhere.  A search for “Mason” brought back zilch, searching other terms did not find them either.

I’ll make another confession – I have been around for a while, some might say I’m old. It’s true, but I try to stay current with technology.  My photography career goes back to making complex layered images for book covers and annual reports and magazines and advertising using complicated darkroom techniques.  When digital imaging came around I was an early adopter because it allowed me to do similar work with far greater control.  How early? I used Aldus PhotoStyler – which was developed to compete with Adobe PhotoShop. PhotoStyler was for the PC, PhotoShop (back then Adobe used to capitalize the S) was for the Mac.  I was a PC user from before the Mac was a glint in Steve Jobs’ eye. The first big job I did with digital imaging was the annual report for Unisys Corporation in 1993. It involved a trip around the world, but that is a story for another time. And, come to think of it, I wonder where those files are?

Back to my lost and found story.  So, after going through my files and rooting around in my storage for an entire day I found the Dave Mason files among a giant load of recordable CD’s that had never been transferred to DVD or to hard drives. That explained why they were not in the database.  They were organized, just not in the system that had evolved over the years. They fell through the cracks, along with almost all the files from my early digital commercial jobs. 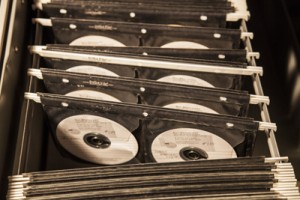 Thinking back, my archives have taken many forms: 35mm B&W negatives in sleeves, which I organized into 3 ring binders back in my college days (1970-74), then 35mm slides in yellow boxes with the subject written on the box. 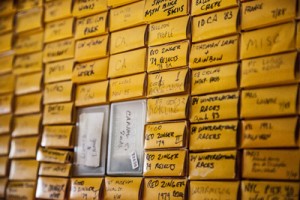 Follow that up with 4″x5″ transparencies in hanging sleeves in file cabinets organized by job and date. Then there were the flat-file drawers full of Cibachrome and B&W prints from my darkroom days.  My clients reproduced the images from the prints, sometimes the originals were as large as 20″x24″. 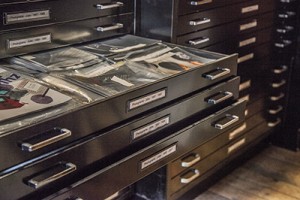 When digital came around there were 5 1/4″ floppy discs, then 3.5″ discs, then we used 44MB Syquest removable hard drives to archive larger files. Remember those “huge”100MB Zip Drives? I’m starting to make myself sick with this nostalgia.

Along came recordable CDs – the first CD-R drive cost me $1400 and each CD cost $15. As each technology became obsolete I transferred all the data to the next new technology. I was always a “belt and suspenders” kind of guy so I made multiple copies of everything. I started making DAT tape backups. I still have all those tapes, and a drive to read them, although I don’t have the needed backup/restore software installed…. but I probably have the distribution CDs for the software somewhere. ;-/ 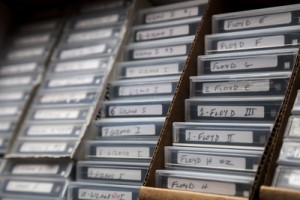 Eventually the CDs were transferred to DVDs and then the DVDs to NAS (Network Attached Storage) and all the while the data was cataloged in Extensis Portfolio DAM database software.  When Extensis stopped supporting small users like me I had to transition to Daminion. (No links to Extensis – they abandoned me so screw you!) 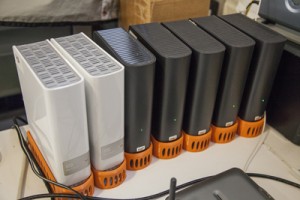 So… what’s the point of all this rambling on about ancient history? I suggest that you take a good hard look at how you store your stuff. Is it archival? Is the technology a dead-end? Can you transition to something newer? Can you find things? The earlier you begin to organize the easier it will be.

And I suggest you consider some off-site backup, perhaps “in the cloud.” But more than everything, get organized and think about how someone else might have to search for your stuff. Create a flexible system that can be adapted as technology changes. And don’t throw anything away.

Now, about Dave Mason. I received a phone call from a neighbor who I had never met. He told me “You are one of the world’s greatest photographers. You are as good as Henri Cartier-Bresson.” And then he asked me if I would photograph his childhood friend Dave Mason who was visiting. I had heard stories about this neighbor, about his eccentricities,  that he knew lots of famous people in the music world and had hosted Paul McCartney in his home. Well, I ain’t Cartier-Bresson, or even in his league, but my neighbor sure did know Dave Mason and he hired me to photograph him with the new signature guitar which had been designed by my neighbor’s brother, a top industrial designer, for Dave Mason. Here are a few shots for your viewing pleasure.