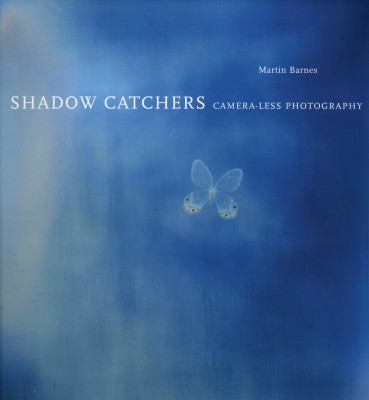 is a fascinating and beautiful book about 5 artists who make photograms. Written by Martin Barnes the book features work by Floris Neusüss, Pierre Cordier, Susan Derges, Garry Fabian Miller, and Adam Fuss. The book is more than just beautiful reproductions of their pictures there is ample reading about each artist’s process and philosophy.

There is an essay on the history of camera-less photography which, of course, is the history of photography. Many people dismiss photograms as the way students learn about darkroom processes, but making photograms is a wonderfully expressive artistic endeavor that these five photogrammers use to make fantastic pictures.

As someone who has been making photograms since the early 1980’s when I took a workshop with the late Jerry Burchfield, I was fascinated to see what is going on in Europe and the UK. I was aware of Adam Fuss, but not the other four artists in the book. And equally fascinating is how five artists take the same general technique and come up with their own distinctive styles.

The book accompanies an exhibit which runs until the 20th of February 2011 at the Victoria and Albert Museum in London.

from the V&A website:
“The essence of photography lies in its seemingly magical ability to fix shadows on light-sensitive surfaces. Normally, this requires a camera. Shadow Catchers, however, presents the work of five international contemporary artists – Floris Neusüss, Pierre Cordier, Susan Derges, Garry Fabian Miller and Adam Fuss – who work without a camera. Instead, they create images on photographic paper by casting shadows and manipulating light, or by chemically treating the surface of the paper.

Images made with a camera imply a documentary role. In contrast, camera-less photographs show what has never really existed. They are also always ‘an original’ because they are not made from a negative. Encountered as fragments, traces, signs, memories or dreams, they leave room for the imagination, transforming the world of objects into a world of visions”