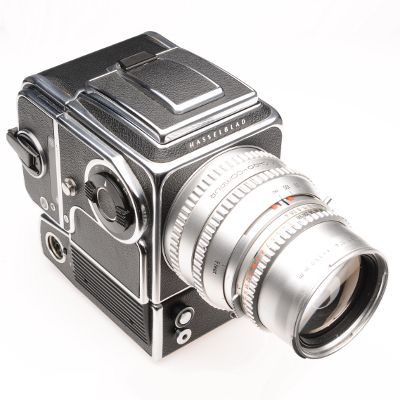 When I read the shocking news this week that drone maker DJI was buying Hasselblad the venerable camera maker it brought back memories. Not just my unpleasant memories of owning a Hasselblad 500ELM and a few lenses. I loved the image quality but I detested how complex it was to use the camera and how it kept breaking. I had to send the camera and lenses back for repairs – each of which which took months and reminded me that you can’t afford a Hasselblad unless you can afford several of them as spares.

No, my memory was a few years later when I had sold off that damned monster and was shooting only with 35mm cameras – Canon T90‘s at the time. It was 1992 and I was just beginning to see some success in the corporate annual report world. I had been doing photograms for annual reports, book covers and editorial uses and at the same time pursuing regular old corporate annual report photography. That means travel and shooting executives and factory workers and making sketchy industrial places look glamorous or making those guys in suits look handsome and smart without just standing stiffly in front of the camera with their arms crossed.

I got a BIG job – the 1992 annual report for Unisys Corporation. Remember this is the early 90’s – Unisys was a powerhouse mainframe computer company that had been around under various names since the earliest days of computers. They provided computing solutions to the FAA, the world’s airlines, banks, manufacturing facilities, even the systems used by Bass Taverns in England! This was my big break.

I was summoned to HQ in Blue Bell PA for meetings and learned this was a job that required photographing people in B&W and adding elements of their work to make a photo illustration in the darkroom. Like floating paperwork, or tools in the picture. This was great, it combined the darkroom work I loved and the corporate work I thought I wanted. The images are at the bottom of this post. (Actually it was the beginning of being able to do this kind of photo manipulation digitally on a computer and I did the job using Aldus Photostyler.) And it required me to travel around the world! AROUND THE WORLD! Literally all the way around.

Photographing Unisys clients NZ Telecom in New Zealand started the odyssey, then Beijing for an airline client, then Sweden for a manufacturing company, Czechoslovakia (before the split of the Czech Republic and Slovakia!) for a bank and then Galicia in NW Spain where Unisys powered the regional government. Later trips would take me to Chicago (United Airlines) and Boston (FAA research lab). Another trip to Birmingham England to photograph their client Bass Taverns was part of the deal. I hired an assistant – the best one I knew and someone I thought I could travel with: Darren Smith.

But back to Hasselblad…. My big trip around the world began on Sunday October 25. Newark to Chicago, Chicago to Auckland, Auckland to Wellington. Shoot in Wellington. Back on a plane to Auckland, then Hong Kong overnight, then to Beijing. Shoot in Beijing. Then on Thursday November 5 we boarded a plane from Beijing to Copenhagen, and changed for a flight to Gothenberg Sweden. This was not glamorous travel – it was “location not vacation.” We arrived on Thursday but our shoot was scheduled for Monday. How do we entertain ourselves for weekend in a small city in Sweden? We had a rental car so we could drive to the coast and see that, but then I realized Gothenberg is where Hasselblads are manufactured.

Remember this is 1992, the internet was just beginning to be useful – for email mostly. Not too much in the way of websites. Google and Yahoo did not exist, just Compuserve! (Google it!) So, before I left the USA I phoned Hasselblad out of the blue and asked for a tour. They asked if I was a Hasselblad user and I said “YES!” and didn’t say aloud “used to be.” And they said they would love to give us a tour of the factory. Bingo! We had something to do on Friday. They were closed on the weekend.

The tour began with an enthusiastic greeting from the head of public relations as though we were old friends. Then he sat the two us in a theater which could hold 50 and showed us a movie regaling us all about the glorious history – and future – of the company. When the lights came up he gave us the tour. We walked through many rooms of older Swedish women wearing hairnets assembling cameras one by one, a real-world old-fashioned craftsmanship-centered process. Damned if these cameras weren’t really hand made! They proudly showed us a computerized CNC milling machine which turned a block of aluminum into a camera body by hollowing it out without any human involvement. It was a hint of the future that would nearly destroy the company. They were interested in modernizing the process, but not if it would provide a lower quality camera.

At the end of the tour they gave us a few key rings and some other baubles and sent us out in the dusk of a late fall nordic evening. So I had a Hasselblad again!  I suspect that the company will do well under DJI that produces superb products and tries to stay ahead of the competition. 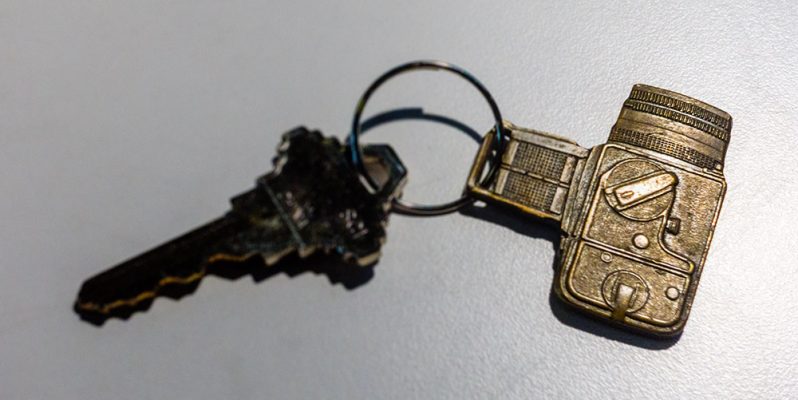 Here are the shots from my around the world trip:

Many lessons learned on that job and I have many tales to tell… another post.